Thursday WFL 7am 4/22/21: Hey guys, good morning we are on hold for a 10am call 🙂 Waves this am are knee high, winds are N and NNE and it’s a beautiful morning… The outside buoys have been trending up behind the cold front with 3-5ft NW seas headed at WFL for today. We are expecting a little push in the waves and some fun surf at some point later today… Expect clean knee to thigh high surf at best cold font spots by mid morning with a chance for plus peaks. By late today it’s on the fade but we should have a couple hour window here if you wanted to head to your fave NW spot… Take a log and a fish and it should fill in a little from now until lunchtime… Future: Saturday late is a chance for knee to thigh sp south wind waves at best south facers on the return flow and very small 1ft plus SW waves for Sunday… So if you wanted to get your grom wet, the weekend should have some very small waves in the afternoons. 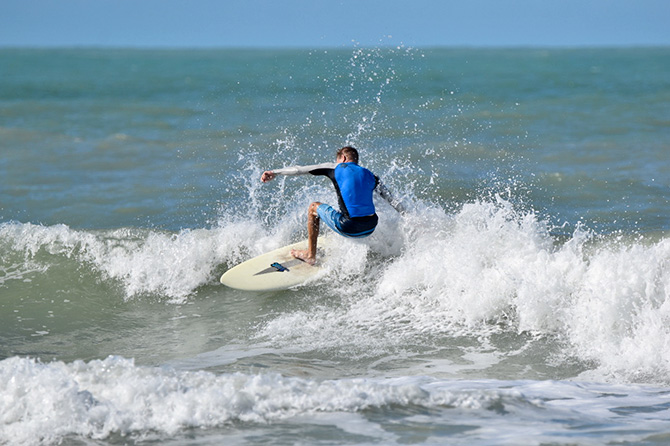 Site Note: I hope you enjoy the conversation with Rick. He does a good job of breaking down some complicated terminology so we can understand more about the WX models. I suggest you read the interview when you are relaxed and have some time to take it in… The Current Aurasurf.com Wave WX report is below the interview. I will leave the interview up for a couple of days and then we can archive it so we can refer back to it. Thanks again for following this website.
Micah Weaver
aurasurf.com
Good morning Rick…

Thanks for all your hard work to help our communities. Great to see you out shredding the waves along with us laymen…
The rolling out of the new GFS model this spring seems to be a pretty huge deal for surfers and meteorologists alike. I was wondering if I could get your thoughts on the following questions:

1. Now that Polar NOAA wavewatch III is gone- what do you think of the integrated wave models on the GFS?

2. Are there any plans for a more detailed wave model or new wave models in the future? Specifically for the GOMEX?

3. Which wave model would you recommend WFL surfers use?

Man, me and the local crew caught some gems this morning after the storms, solid, clean and thumpy waist to chest with occasional shoulder high sets for a few hours before it faded to waist+ high sets. The overnight/morning E Gulf storms provided that little extra push to combine with the longer period Yuca swell for a fun session.

So, yeah you bring up some great questions about the GFS WW3 merger that has a lot of people talking.

But what is not stated is the older WW3 version, and its subsets WNAwave, were run at several higher resolutions near coastlines, especially helpful in the Gulf. But the upgrade/coupling reduced the resolution to a global scale. So, in the Gulf we lost the high rez data. There are future upgrades planned that are supposed to bring the higher resolution back to areas like the Gulf, Great Lakes, and other smaller bodies of water. No date is given on that upgrade roll out yet.

The reasons for all this are complicated but the supercomputers at NWS HQ have many models running several times a day. With the coupling it reduced/eliminated WW3 run time that has now been used for other hi rez and hourly models for convection/tornadoes/flash flooding. Also more detailed and long term climate models for global warming/climate change concerns. So, only so much computing time and HQ prioritized that data over small scale wave heights unfortunately.

So, what’s a surf forecaster to do? Several resources out there for you.

At the NWS all of our forecasts are now initialized with what we call the National Blend of Models (NBM), which consists of over 170 models from hourly hi rez, to single run deterministic (GFS/Euro others) but more importantly, ensembles and consensus models which are thousands of runs of models with slightly different inputs to generate numerous possible solutions. This blend is quality controlled and adjusted by a version of AI every 24hrs to generate the best overall forecast. Then at local offices we take that overall forecast and can make minor adjustments as needed and justified to get the best high rez local impacts forecast. Then all that data is used to generate nearshore wave predictions.

Yeah I know not the greatest and it has several flaws or limitations, and the color scale is vague too. But it’s a good starting point and it’s made with a blend of 170 models, so it’s great for trends and a general forecast, but not necessarily highly detailed surf forecasting. And since there is a fed law stating, except for protection of life and property the government isn’t supposed to compete with private wx companies that can tailor their detailed forecasts to users for a profit, even if those private entities use NWS products and services which most do. Over the years surf forecasting, agriculture forecasting, the power generation industry, and other wx sectors have been big business for those non govt wx companies.

Also, you still have the single deterministic models out there, which you know can vary and have their limitations as well. We actually tell people NOT to use 1 model alone, as there could be numerous solutions instead of just that 1. But Windy.com has GFS, ECMWF and ICON to view, Navy has NOGAPS, Surfline has LOLA, Magicseaweed and Swellinfo use the GFS, and there are others out there as well.

So, the bottom line is NWS knows the GFS needs higher rez output for waves which it eventually will, but it’s only 1 of 170 models we use daily. Also the private wx industry has been fighting us not to provide too much detailed info for certain groups or Apps because they can make money off their forecasts instead of us giving it away for free.

It isn’t pretty but that’s a look behind the GFS and NWS curtain, hope that helps some.
If you have more questions let me know.

Hope to get down to PR next winter and see you soon too dude, 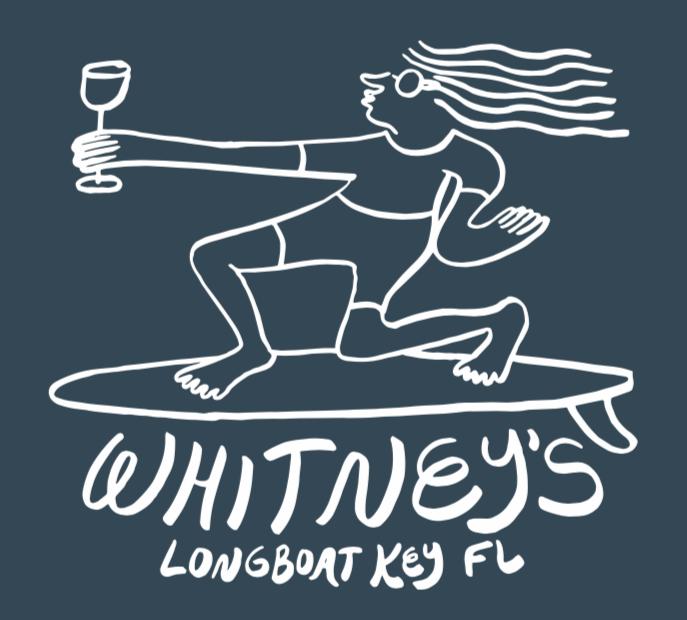 Tuesday 4/20 WFL Updater: Got reports of some really fun surf yesterday, (not the pictures we saw although those looked fun also)…. That continues this morning. If you can get to one of the good south swell spots down south you could probably find some fun surf this morning. Checking the cams south of TB, there is a thumping little SW swell on just about every cam this morning all the way past SRQ. Buoy is 3ft at 8 SW, winds light offshore… Take a log and a fish and go surf… Models show it fading later today but best spots should stay rideable. The wind is supposed to switch onshore around lunch too so the nice conditions this am may not last past noon. Surf WX Synopsis: A stationary front is draped across S Florida and into the gulf N of Cuba, SW winds are below the front creating a fetch for WFL… Maybe another little pulse late today, not a lock just something to check for… Wednesday looks knee to thigh conservatively, best south facers could be waist plus peak, glassy first thing… Thursday the stronger front is thru with knee to waist high cold front surf at best cold front spots on the right time and tide, maybe not 1st thing, know before you go. Friday looks clam with strong offshore flow… Lots of opps to get some 2ft plus surf, have fun! Let us know how you did in the comments.

3 thoughts on “A Conversation with Rick Davis from the NWS Ruskin.”