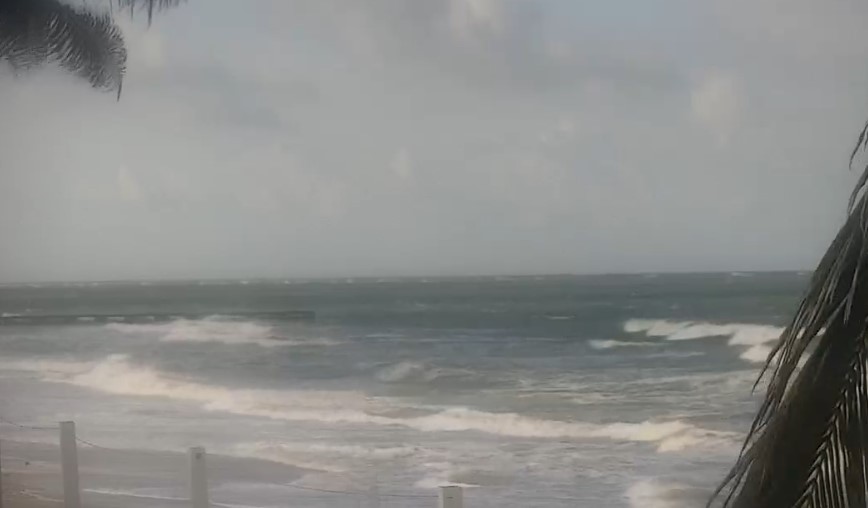 Thursday 8/17/20 WFL 9am surf report: Good morning, sorry for the late report. Looking at all the cams it’s definitely bigger down south than St Pete. St Pete looked knee to thigh Venice waist high, it’s choppy with south winds. Jetty spots will be the call. This is wind-swell with still some 8 second west swell leftover so you still may find a fun wave for sure. The outside buoys are still solid from the SW. Slow fade is the call for tomorrow. Let us know if you find some surf. More details below… 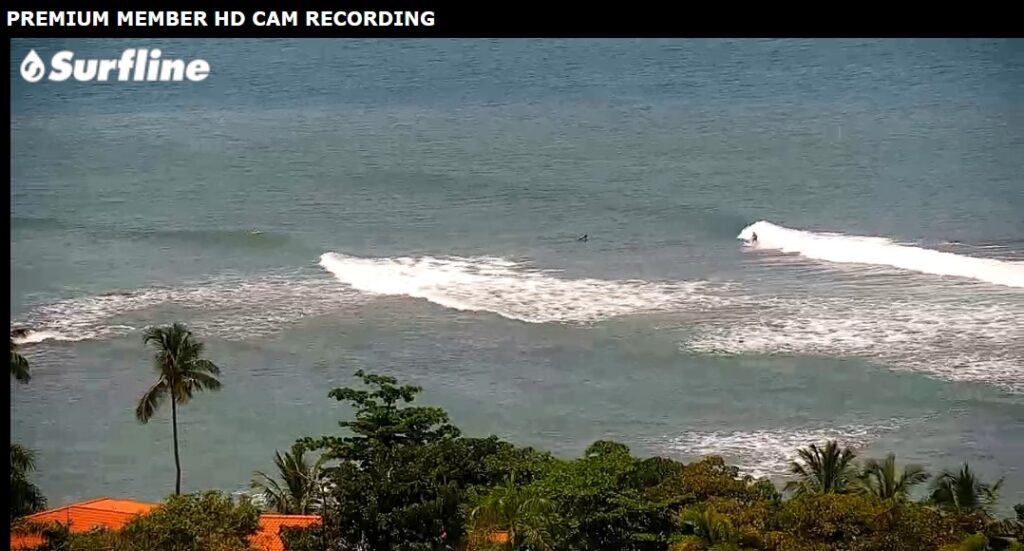 Me and Cassia surfing Marias yesterday on the SL cam rewind. Do you have surfline premium? worth every penny for the cams, forecasts, models and the rewind…

Thursday WFL Notes and Future: Super sad to see the destruction from Sally. Help any way you can. Smaller leftover tomorrow before the wind is supposed to switch East on Saturday. 90L is forecast to kind of stall in the SW gulf. In the current scenario it does not look like a wave make BUT if it develops into a stronger tropical storm with strong S winds near the Yucatan maybe some surf could happen. On today’s model run I only saw 10knt south winds over there but the models have been taking forever to bite on developing cyclones this season. We’ll keep watching it 50/50. It’s supposed to be around for a week almost I think… Have a a good day. 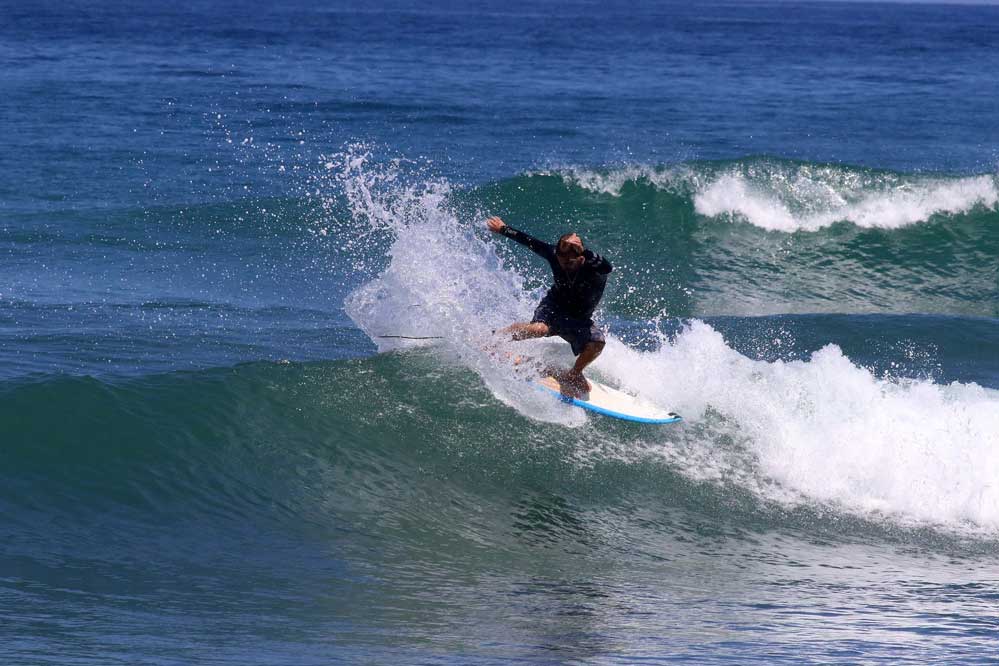 NW PR Thursday: The waves have been so good… I have a buddy coming down and he’s looking for a travel partner if your up for it. The back half of September looks richter with solid swell for the next week or 2. I love this time of year for surf when wre not getting hit by a hurricane.
Wed 7:30am Detail WFL Surf: On the beach someone said it looked small. I think they must be at the wrong beach and they didn’t see a set. There is a super solid west swell headed to WFL today. Why do I say that? The outside buoys are 6-8ft West at 10-11 seconds. Inside buoy is 4-5ft at 10 seconds west. I watched the cams for a long while this am and I saw one macker set break outside at twin piers. Yesterday you could see bunch of guys surfing between the piers, looked like a rad sesh. Even St Pete looked fun this am when the sets roll in. Today should be thumping- look around, maybe get some wind protection bc the wind is forecast to start clocking from SE to S. Have you ever been to Alabama Point? Crazy set-up. Sally is right on top of that spot and crawling at 3mph. Sally’s west side is blocked by the Mississippi Delta and WFL swell will clock SW and get smaller tomorrow most likely. I hope you find some fun ones!
Tuesday WFL Surf Details 7am: Sally is going about as fast as Turbo the snail… That leaves her bottom side throwing gusty SW winds all over the middle gulf. This is a good set up again for WFL. Swell in the gulf is aimed at WFL all the way from the N Coast of Cuba to 28/90 over the middle gulf. Periods go long on Wednesday, 10 seconds from the WSW and SE and SSE winds. So we have at least another 48hrs of pumping surf then leftovers for Thursday and Friday and SSW onshore winds as Sally crosses the SE… Forecast below looks conservative. Tomorrow looks to be thumping, surf alert- go to the best spots, get barreled, break a board, go to the Compound… Have a great day!
Monday: waist high plus surf from Sally, SSE winds.
Tuesday: Waist high surf from Sally, possible plus at best south swell spots, SSE winds. Keep an eye out for better surf morning and/or evening.
Wednesday: Waist high surf from Sally with a longer period, west swell with SSE winds, best groundswell spots should be waist high plus.
Thursday: Leftover knee to thigh
Friday: wind waves in the knee high range.

Next week 9/21 2 backdoor fronts are forecast to pass bringing in slightly cooler temps and East and NE winds.
Tuesday Paulette at Domes: 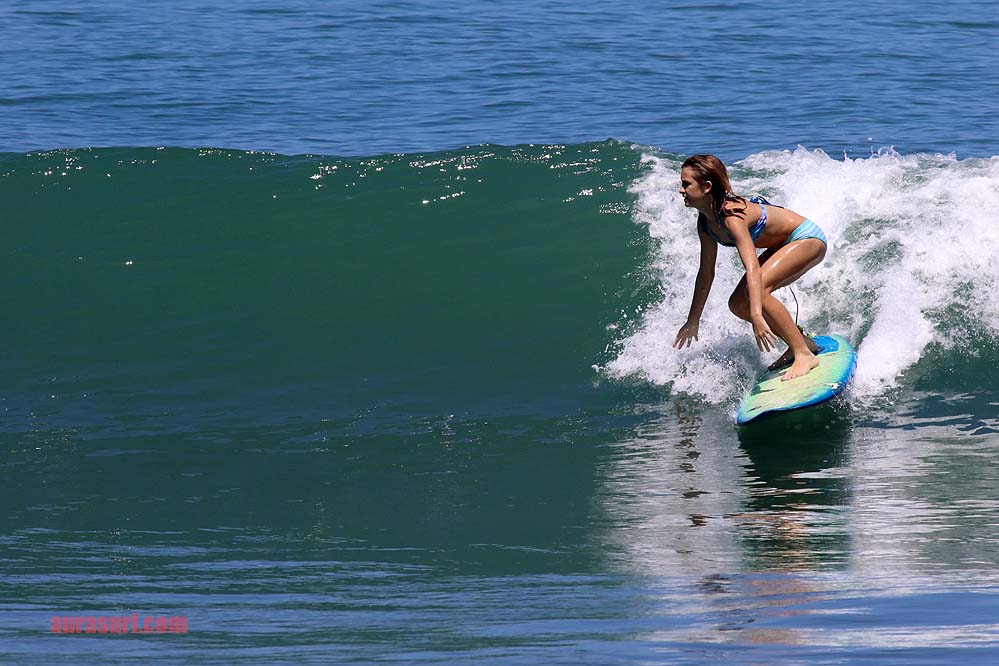 Cassia, PE Class… This was the 1st time the 7d has been out of the bag in 6 months, crispy. 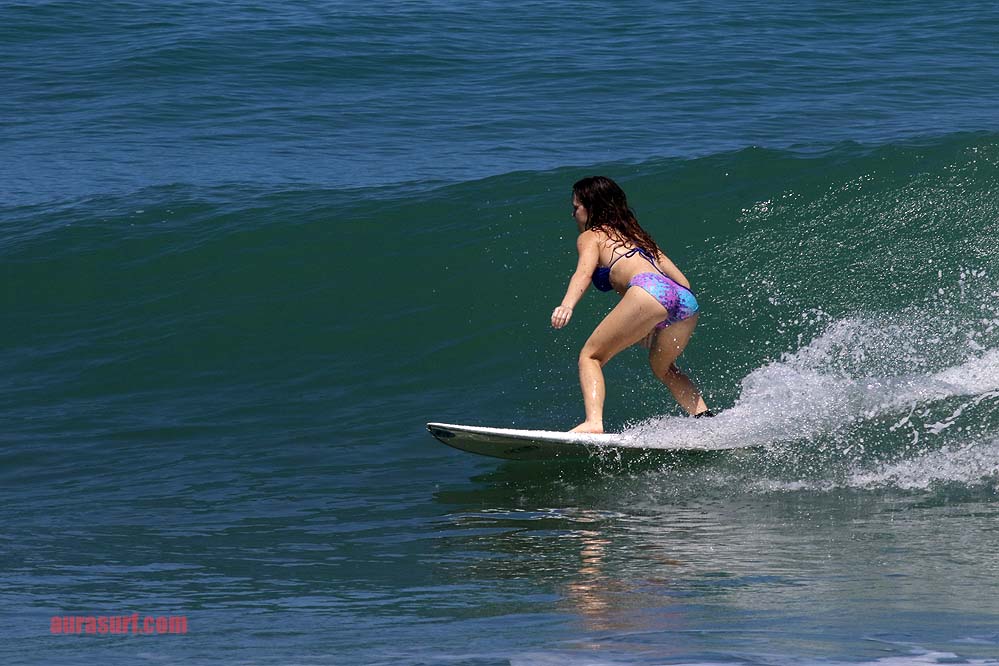 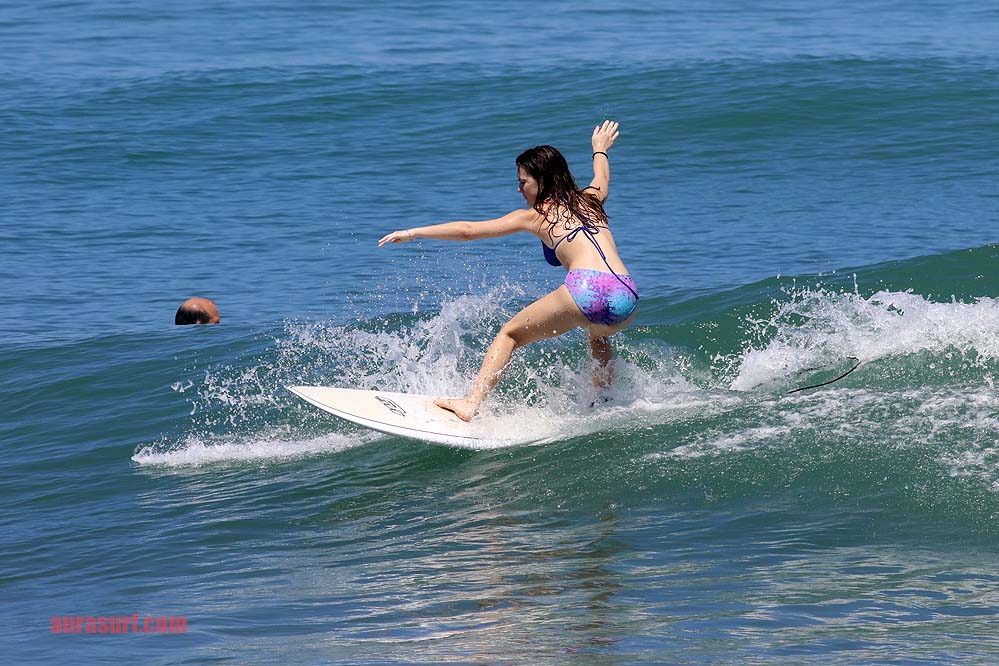 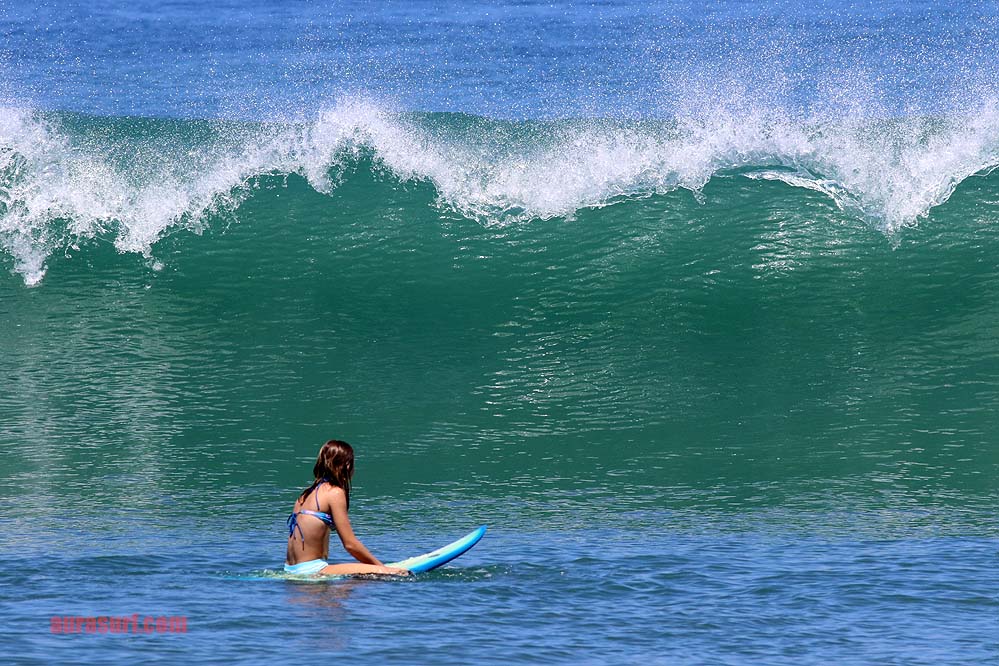 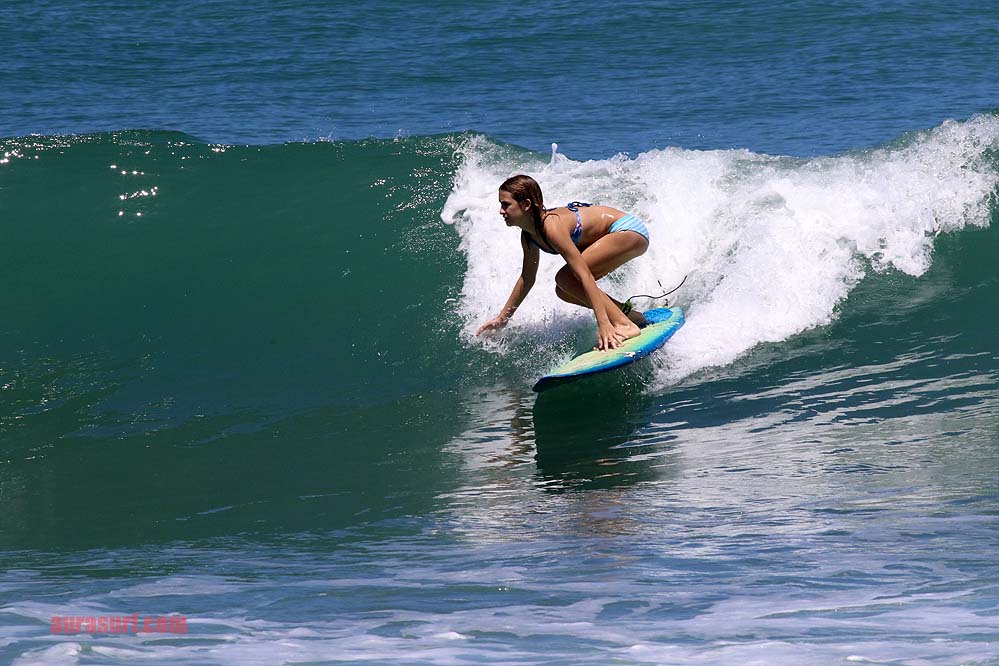 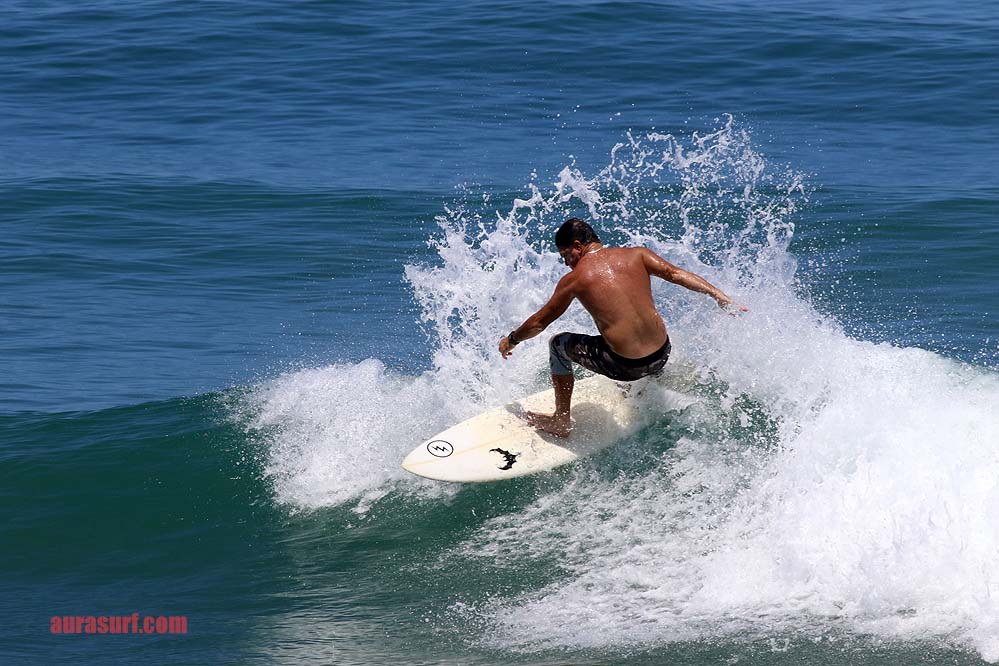 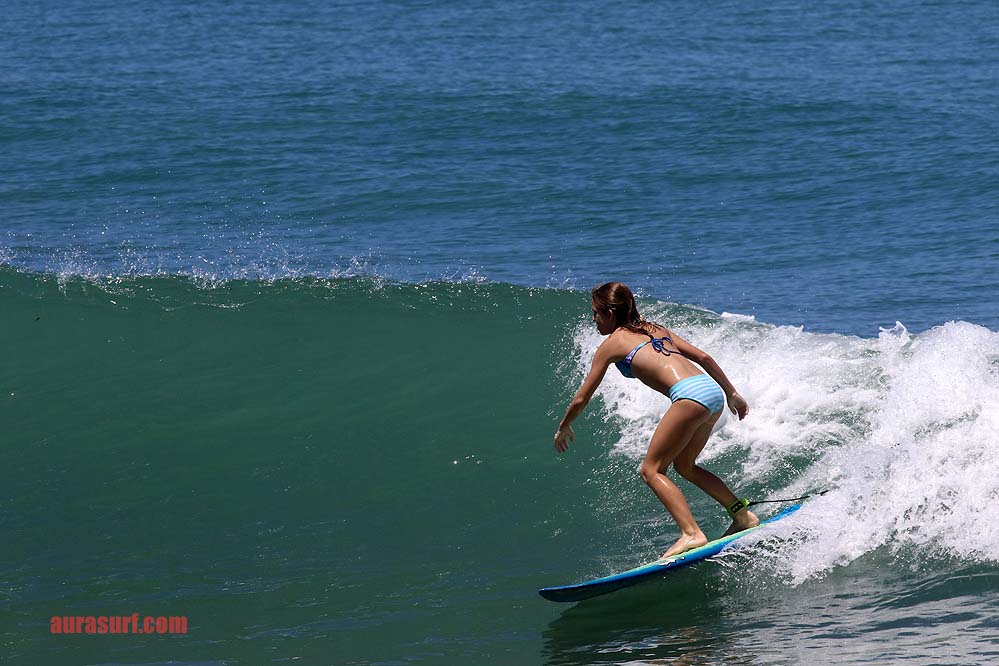 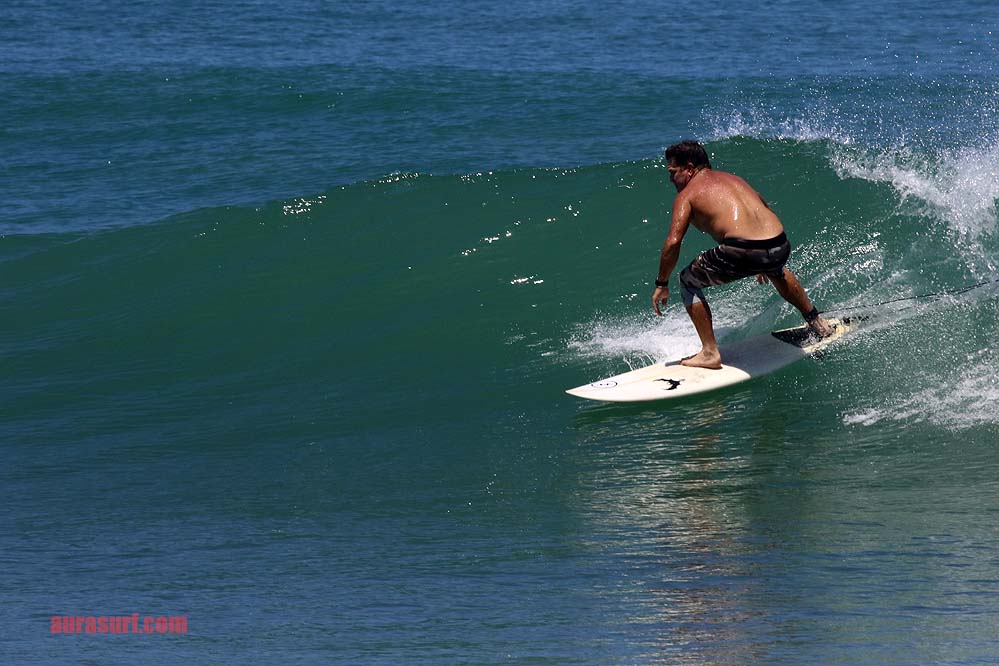 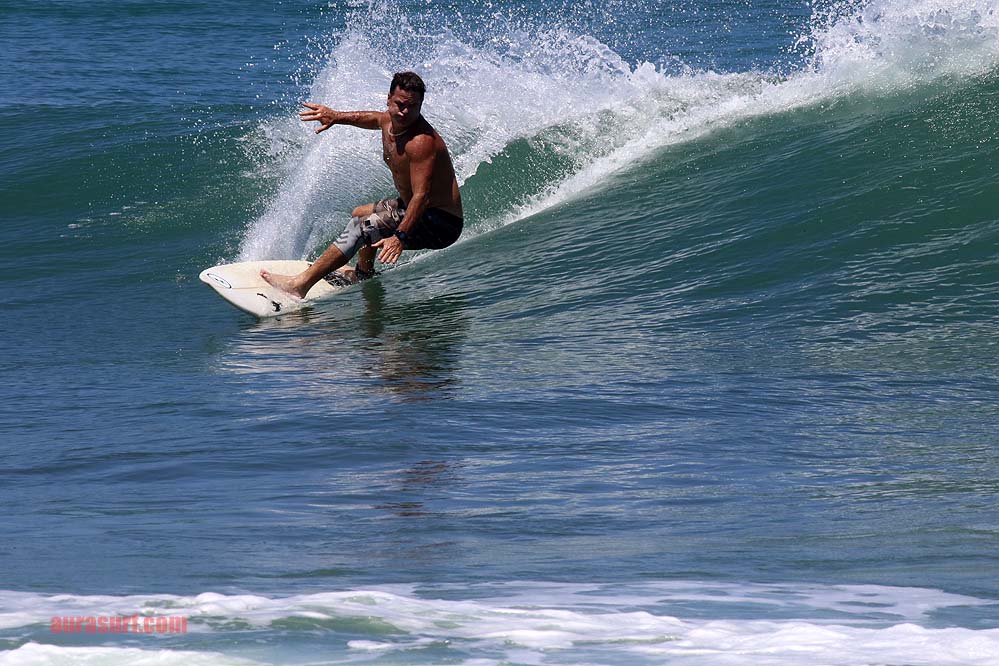 Fun day surfing with my girls.

NW PR: Surf is smaller on Monday, 2ft range but we had a great weekend of fun surf. Paulette is pounding poor Bermuda and forecast to interact with a high coming off the East Coast so a powerful swell is forecast for Thursday and Teddy is forecast to go NW and miss the island going major in the Atlantic. NW PR Notes on Travel– The Governor took us off restrictions and re-opened the beaches. We have our 1st big swell coming later this week. All the air bnbs are up and running and busy with visitors from SJU. Travel at your own risk. I think Negative Covid tests might be required on arriving at SJU. No Aguadilla flights until 1/2021. The WX here has been warm with highs in the upper 80’s, light trades and enough clouds(some rain) in the afternoon to switch the wind offshore so 2-3 sessions per day are possible and the N side spots are working also so plenty of waves to go around.
COVID PR disclaimer: Travel at your own risk. I’ve had a lot of people ask me about traveling here and we have good waves on the way so that’s why I’ve posted this information. That being said the locals here are excited to get their lives back and they are partying hard after being locked down for months. I would not be surprised to see a spike in PR cases coming up so be careful. Also masks are mandatory here.

Saturday 6am DP WFL 9/12/2020 TD 19,274 take: The WFL surf forecast has improved since yesterday. The depression really wrapped up. On the last frames of the current IR satellite you can see her getting even more organized. In the Keys, winds are west at 20, that’s impressive. I suspect that this system has reached tropical storm status already. The current track from the NHC brings her offshore WFL on Sunday. In that scenario WFL should see building south swell on Sunday, probably best PM. As the storm moves away the swell would get smaller but if it becomes a powerful hurricane you could expect a version of what happened with Laura when she was in the northern gulf- waist high clean swell at best spots on Monday and/or Tuesday. If the system stays a tropical storm as it moves away most spots would have small surf in the knee high range with maybe south facers a bit bigger on Monday and Tuesday. Regardless, try and clear out some time tomorrow to surf. That’s how it looks like as of Saturday am back at noon with an update.

NW PR Saturday: Waves finally! Holy cow, the dry spell is over- Domes was so full of of happy locals last night as clean chest high sets from Paulette poured in. This am the swell is 1-3ft at 13 seconds NE, I’m out there.

GFS V EURO the latest 6z Friday- 95L is forecast by the EURO to go slow and out to sea following Rene. The GFS has also come around on it’s latest run taking 95L very close to the Leewards and then up and out following Paulette and Rene. Yesterday the GFS had the cyclone hitting PR and before that hitting WFL but now the GFS and the EURO agree that the latest wave off Africa 95L will stay in the Atlantic most likely not coming gulf-side but it is still a ways out. Why? General Azore gets pushed out by the 1st 2 storms creating a weakness and allowing the next waves to gain latitude.

NW PR Friday: We have had a rainy summer but Paulette has brought in subsidence and killed our rain chances. It has also brought cool NE flow so the WX is breezy, clear and the dew point lower, can’t complain about that. STILL no waves this am, 1ft. The east swell goes by us. As the swell clocks NE it should start to fill in. All I want is a clean 2ft swell to take my kids surfing… Later down the road it would be nice to get barreled!

Wednesday 9/9 WFL Update on the Tropics: Synopsis: A low pressure trough is offshore WFL. On the cams you can see a lot of rain in the gulf. These storms are disorganized and not expected to develop into a cyclone. The models do not show anything firing up in the gulf on this morning’s run. Winds offshore are very light and seas remain basically calm.
8am add-on The GFS run just updated. The pattern in the gulf is open for development and little blips of energy, tropical waves are forecast to push offshore WFL a few times over the next week. The latest run shows one of these developing over the central gulf Monday/Tuesday next week as a possible depression. Something to keep an eye on.

Passion Fruit from Puerto Rico It’s been a rainy summer here in Rincon and the parchas love it! They are juicy and full of energy! I will be shipping this week so let me know if you want in on the next batch, thanks! They have a thick skin and it’s no problem for them to jump in the medium flat rate USPS box and make the 3 day trek to your house.

12 passion fruit(organic parchas, 2Lbs) shipped to you from our farm in Rincon, PR. Shipping included. The price is $35. I also take Venmo to @Micah Weaver-8. Thanks for your support. The parchas are rad!

66 thoughts on “Height of the Season, September 2020 Paulette and Sally”