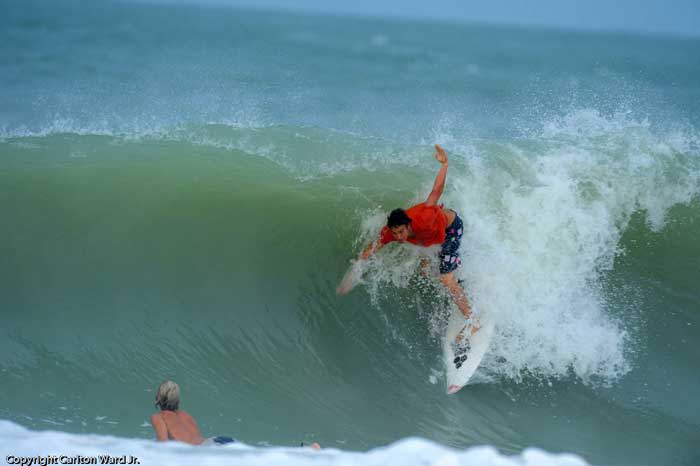 Dylan Graves from Isabela taking the gulf late and over the top, Ikers 2008. Photo: Florida’s best friend Carlton Ward Jr. Do follow Carlton on IG? If you love Florida-You really should. 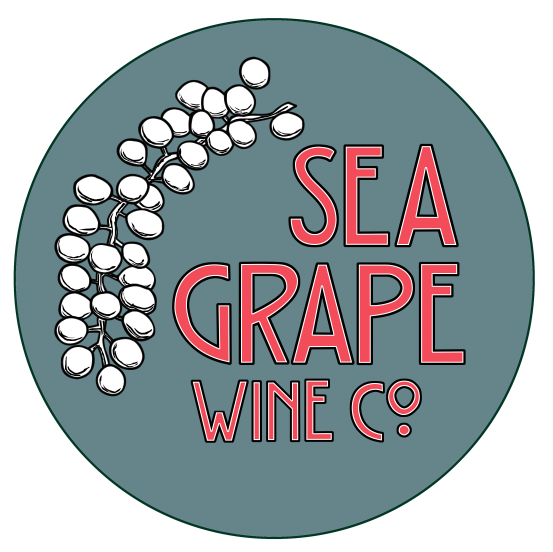 Sunday 1/12 WFL 7am: This am the waves are 1ft. Best south swell spots look knee high and rideable for a grom or big LB. Check out @calooosa on Instagram. Eric is one of the best at finding waves to ride in WFL when there is not much going on. He has some short videos of surfing very small waves yesterday. It stokes me out to see surfers making the most of what they have. I think that’s cool, I can relate to that… The sea state is forecast to stay the same or gradually drop today. There is chance it could get slightly better but probably not… The rest of the week is SE winds. Like winter has totally gone on a break as the very large High pressure in the ATL is the dominant feature this week. A cold front is on the maps to pass WFL next Sunday 1/19 but it is not looking that great at the moment. Have a good day.

Saturday 8am WFL: the waves look 1ft or less at south swell spots this am. Maybe it will get rideable late today but keep the expectations low. Just too much east in it. Tomorrow looks small also. Then the gulf goes on a break next week. Looking at the extended- the next real front door front is on the maps for 9 days from now. Stupid anomalous high pressure in the ATL is blocking everything including surf for WFL…

PR 1/11: Another 6.0 crazy quake just a minute ago. Rincon is ok, just rumbling. The south coast gets it way worse. Many people down south are sick with anxiety. NASA shows the ground west of Ponce sank almost 6 inches from that 6.2 earlier in the week.

NW PR: The extended forecast shows surf for next weekend in PR 1/18 and beyond if you were thinking of timing a swell. Airlines reported a price cap on PR flights after the earthquake, not sure if that means cheap flights but check it out in case. AirBNB’ers are about to get desperate, ask for a cheaper rate… Things are trying to get back to normal here. The Surf: I surfed Pistons last night with my daughters(waist to occ chest) then Indy(they went in) Indy was better. Lots of windy NE swell this weekend.

Looking for Future Quad Fins(rant): My 1st board in 84 was a twin. I rode quads in the 80’s and still do. I think I have something against the center fin. I think that boards w/o center fins are slightly faster to me, IMO. I am so frustrated that all the glass/carbon rear quad fins I have found are symmetrical in the foil! That is retarded to me. Both front and back fins should be foiled flat on the inside, IMO. I had bamboo symmetrical fins on my twin and I swear to God it felt like the E brake was engaged when I caught a wave, so slow! IMO, if you ride a quad the fins are super important, too big and it will track. So I was riding FCS 1 for years and with the latest boards I switched to Futures thinking they would be stronger and have less problems. If anyone has glass/carbon future rear fins for a quad (with a 1/2 inch base not 3/4) that are 3.75 base or less and you don’t want them let me know. I will post this in the comments also I want to hear your take on fins. But I think it’s idiotic that all the manufacturers are making the rear quad fins symmetrical now. It slows the board! 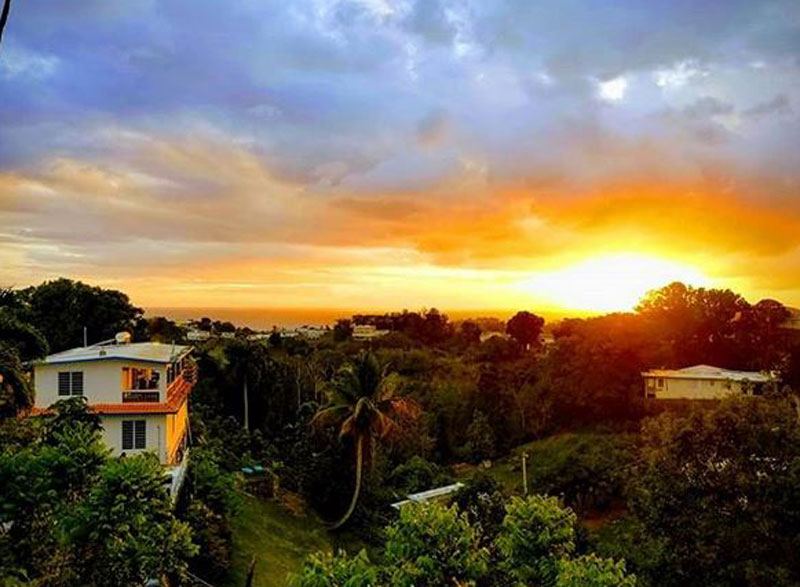 Hey! Our house is still here! Alternating between Joy and Blues in the Caribbean.

NW PR after the quakes: Trying to get back to normal in PR. Seems we have had one disaster after another. Here in Rincon it’s business as usual starting today. We got power back yesterday pm but to my understanding 100’s of thousands of people are w/o electricity indefinitely as our main power plant in Ponce was severely damaged by the 6.4 quake. That 6.4 seems to be the main event as we move away from the date. So far we have not had another even though we all were scared to go to bed. Most all residents including myself and my family have PTSD and we are all stressed an anxious worse than Maria bc with hurricane you know it’s coming. It’s like every night we go to bed exhausted wondering if we will be awoken by another strong earthquake. If our houses will collapse. In the am, the last 2 morning we awake ‘oh, we’re still here, the house is still here’. Under the surface stress. Besides that we’ve been really happy during the days. Life has slowed down a bit. The surf has been good. The weather is awesome. Don’t be scared to visit PR. The earthquakes are done at the moment NW PR is getting electricity back (more reports later). We need you to visit. Thanks for all the concern and help thru aurasurf.com, this website. It means a ton to have so many good friends back in WFL.

Me destressing at Pistons yesterday. Photo by Julie with the new for us Canon 7d Mark ii. $650 on ebay like new. We had to upgrade from the dinosaur we were using. Thanks for your help getting it. 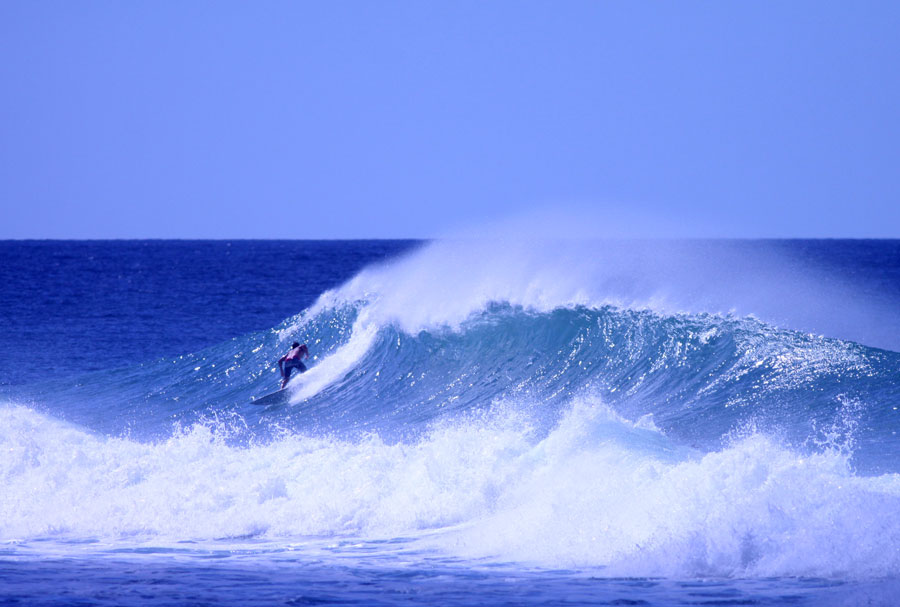 Dogman’s was going off. Taken with the old camera. 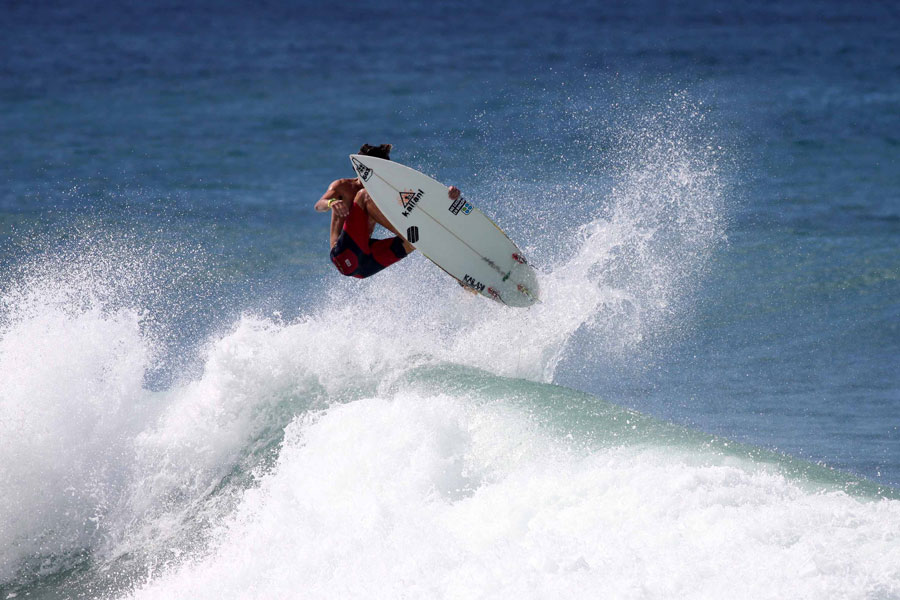 Right after the 6.4 UI taking to the air to get off of the quaking ground.

PR scenery before and after. I should have gone here bc now it’s gone. PR has dynamic geography! 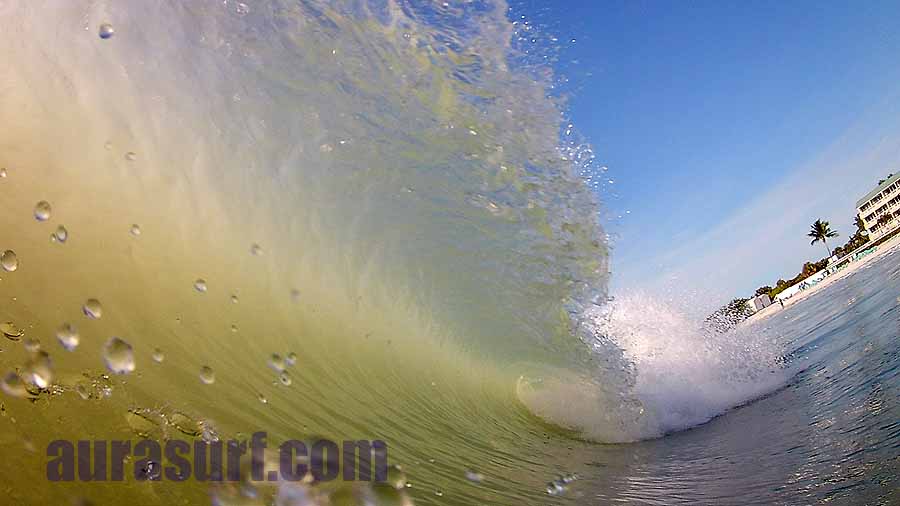 52 thoughts on “Quad Fins(comments), Earthquakes in PR, Crowds at the Jetty(comments).”