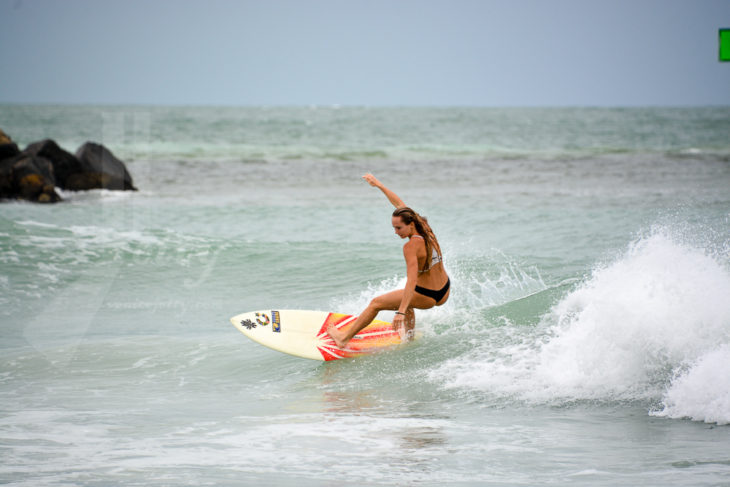 Ariel down from NY to get a taste of WFL surf during Cindy. Thanks to Joey at venicejetty.com for the shot.

Friday WFL Report 7:30am: Sunday completely clam. Tropics have really quieted down. There is one spin wave that is 2 days east of Barbados otherwise pretty clear. I have not seen the Atlantic this devoid of systems in a year. Doldrums on the way. If you need to surf you may have to travel or check the Volusia Cnty forecast. This is pretty common to see it go totally clear during June and July after a run of Tropical WX. Give it a couple weeks and it will fire back up.
How do you rate Cindy? 1-10? and 2017 so far? Some WFL surfers have told me that ‘2017 has been just old school’ even better with a steady diet of waves for the first 6 months. What do you think? Did you get barreled? Tell us in the comments… 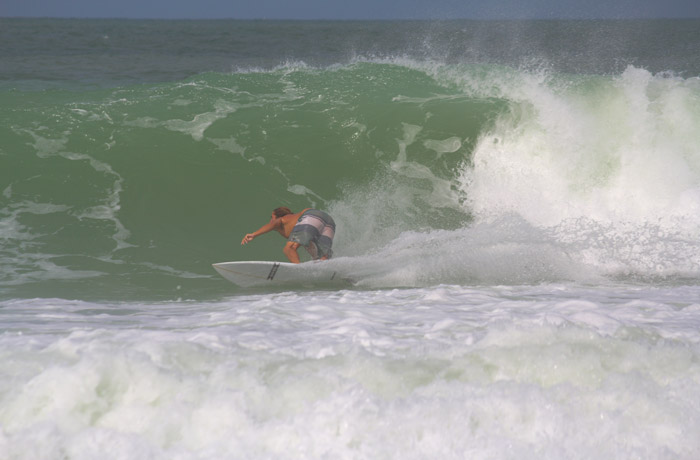 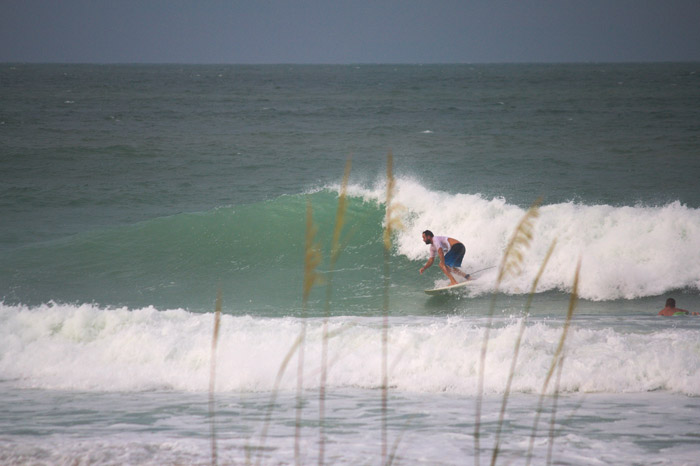 Saturday 8am WFL No Name June Storm Forecast: Tropical soup boiling near Roatan, Honduras will move North over this weekend, pushing through the Keys on Monday. Monday should see a building Cayo Hueso swell at best south facers. Waist high range by afternoon. Jetty spots could be good Tuesday am with South swell and SSE winds waist high range again. Same for Wednesday south swell in the waist high range with 20knt south winds. By that time the low is in the northern gulf pulling a fetch from western Cuba that will put swell on the beach Thursday with possible clean conditions for Thursday, waist high range. Friday small leftover South swell in the knee to thigh range. This entire forecast is for south facing beaches. Beaches that do not get good south swell will be tiny for this one as there does not look to much west in the swell, just deep south. So seek and you will find but the best south facing beaches may have surf all week with the best day looking like Thursday right now. Stay tuned. First chance at surf looks to be during the day on Monday at best south swell spots. Enjoy your weekend, wax em up. 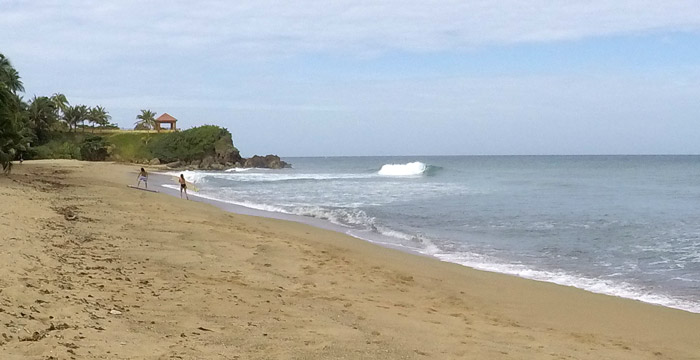 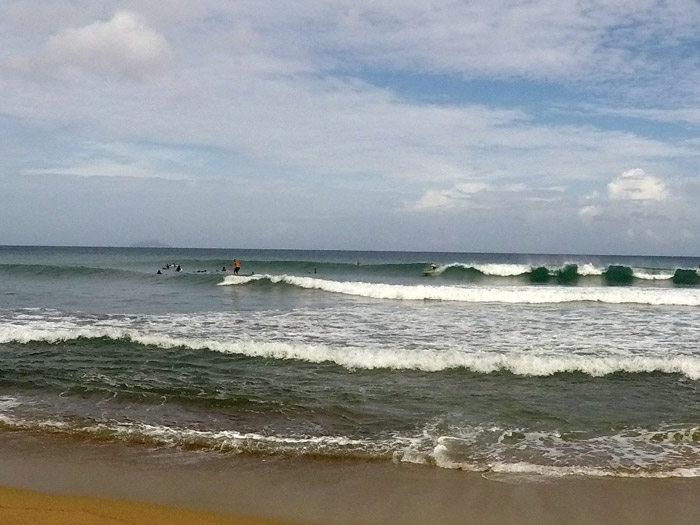 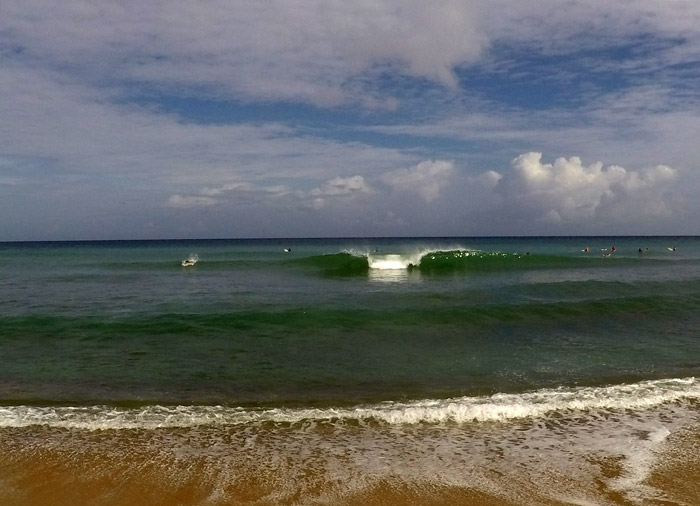 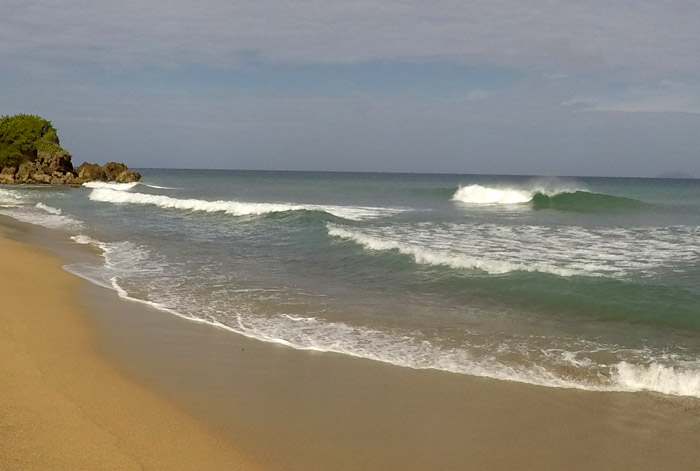 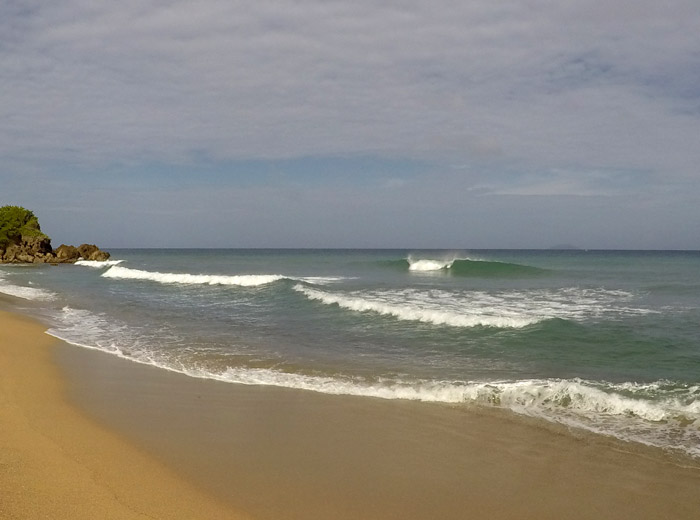 The best thing about June in PR (besides the distant LP background swells) is that all the fruit is getting ripe. Nature is so generous. Parchas falling off the vine, bananas, plantains, lemons, avocados, coco’s, tomatoes, etc. everything is ready to be picked and eaten. All the trees are blooming also. 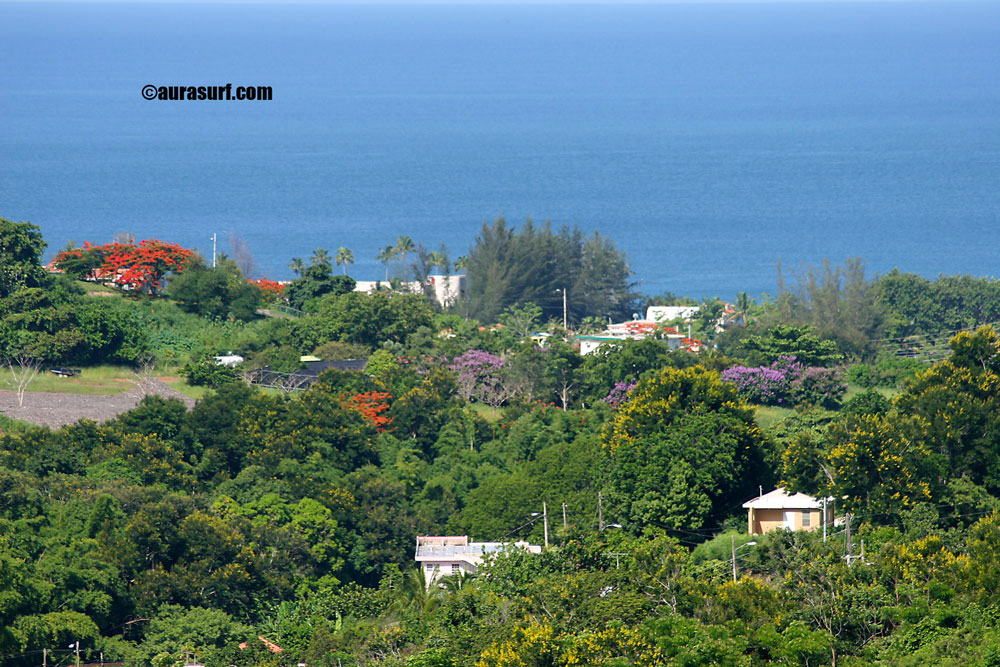 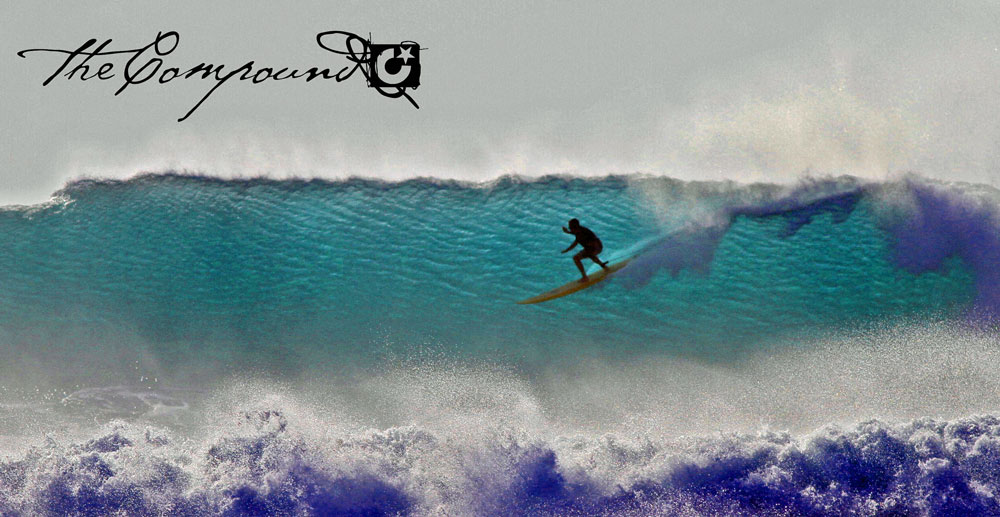