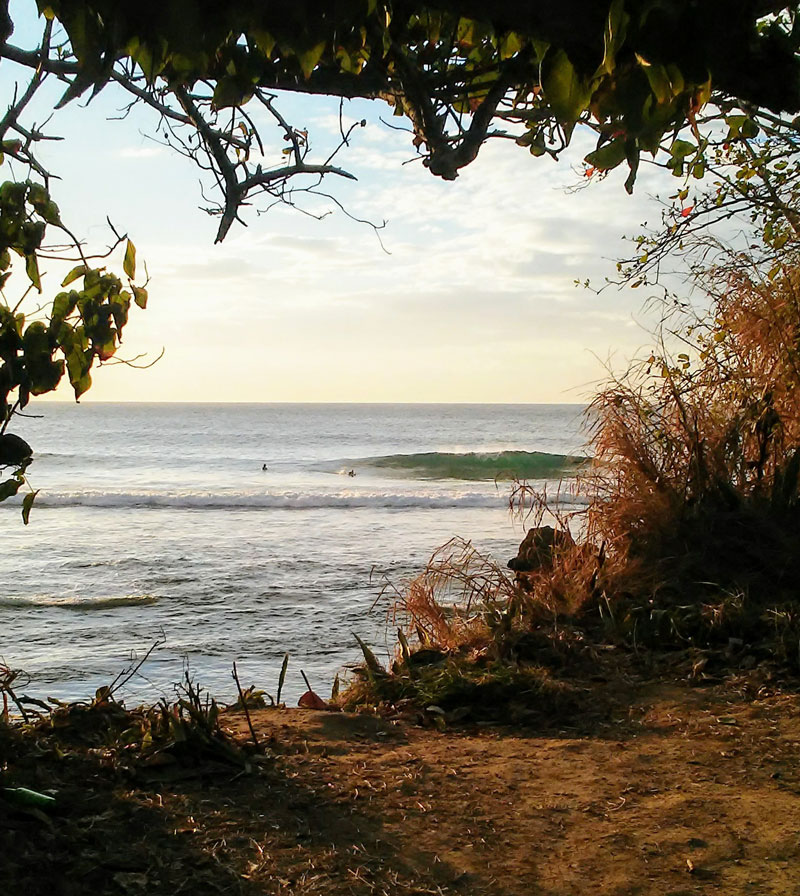 One of the 1st waves from the new swell wedges into Indy. 5pm cel phone picture from yesterday. This swell is from the front that back-doored Sunday night. I had to pic my kid up at 6pm. The last wave I saw was twice this big and fully spit as it detonated on the inside reef. Doh!

Thursday 6am WFL Updater: Looks like a solid front next week but it takes forever to bang thru. The 1st part with the low pressure could put a small 1-2ft west wave on the beach late Monday right before dark. Tuesday looks really small as the Arctic High sinks in slowly(maybe rideable on a log, knee high range) then Wednesday is full on NW with 25knt N winds. That’s the outline and confidence is good that at least by middle next week there will be cold front surf if not sooner. Have a good day. Yesterday’s Spring Outlook is below. NW PR: It was small all day yesterday in PR. Then around 5pm the new swell started to hit. Today is good surf in NW PR, wish you were here. We’d go to the Well and have a barrel fest :)… Apologies to everyone who has came and went and we have not been able to get together for a surf. Thanks for reaching out. Hopefully next time our paths will cross. 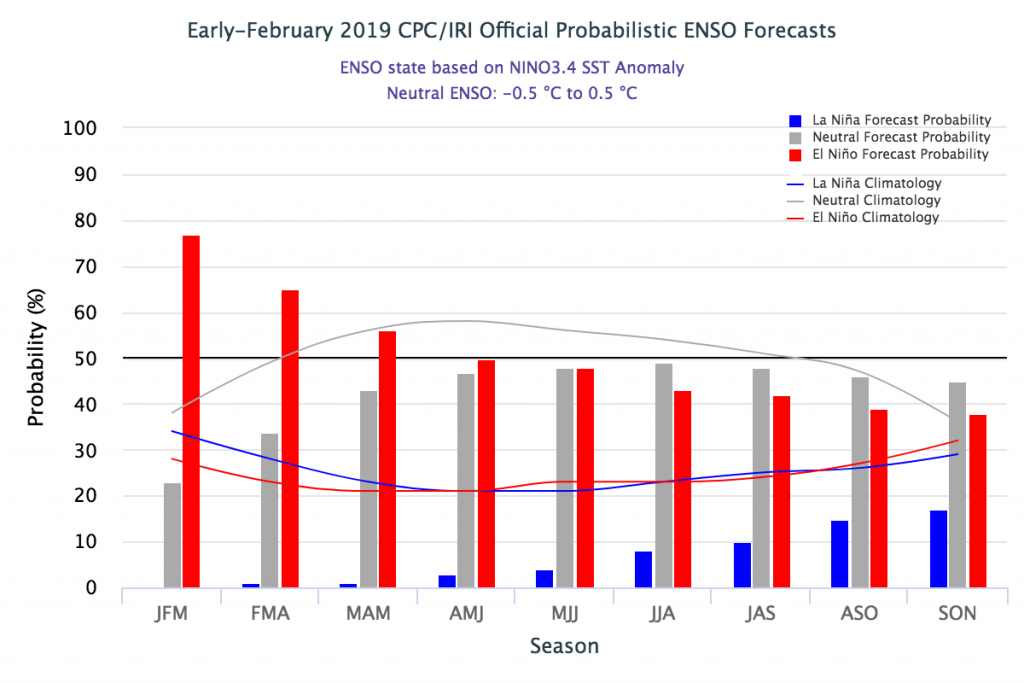 Wednesday 6am WFL 2/27/19 Spring Outlook: (from Columbia EDU)Synopsis- Weak El Niño conditions are present and are expected to continue through the Northern Hemisphere spring 2019 (~55% chance). El Niño conditions formed during January 2019, based on the presence of above-average sea surface temperatures (SSTs) across most of the equatorial Pacific Ocean (Fig. 1) December and January were good months for the GC. Things slowed down in February by comparison. There were still a few good days but almost 2 weeks of flatness squeezed in there. How does March look? We are looking for the 1st surf around 3/5 then a week behind that another front. Pretty average. The chances are that these March fronts will have a lot of NNW and N going NNE in them. Not the westerly fronts like we saw in December and January. 3 North fronts and 1 banger is the call for an avg. March. The northerly fronts will feature clean 1-3ft surf at best cold front spots. Not really looking for el ninyo to dig in again. That 2 month span was it as el ninyo fades to black… What bugs me about the above figure is September… 2017 was going into La ninya and that’s what spawned the 3 monsters, Harvey, Irma and Maria. This September could be active coming off a hot winter and no el ninyo to knock the Cape Verde spinners back…
Back tomorrow with an update on the 3/5 front but I will leave this page so we can check back when we get to April… 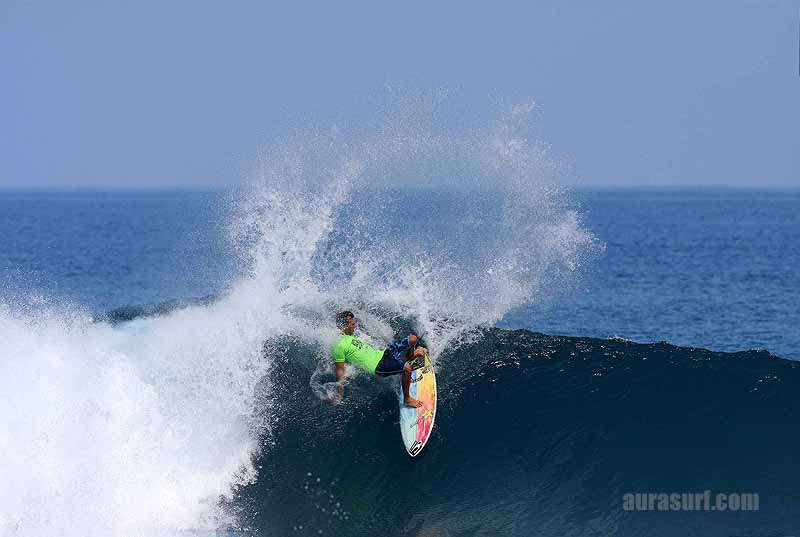 How does March look for the Caribbean? Below average. No 30ft swell this year. A lot of waist high days. A couple barrels. March is typically the coolest, driest month in the Caribbean. People in PR are nervous b/c we are in a serious drought and the reservoirs water levels are falling. 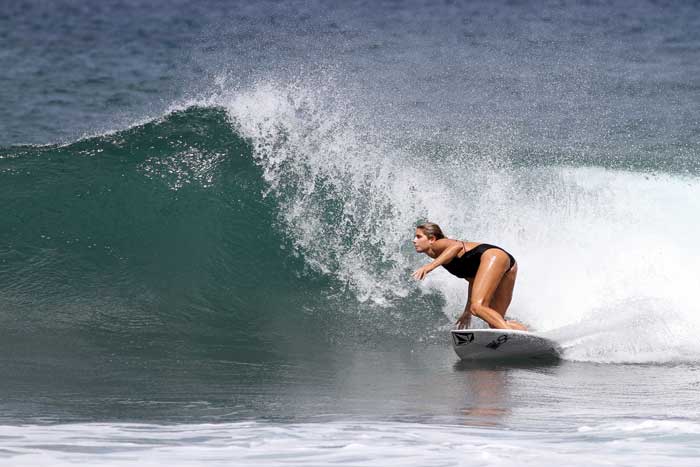