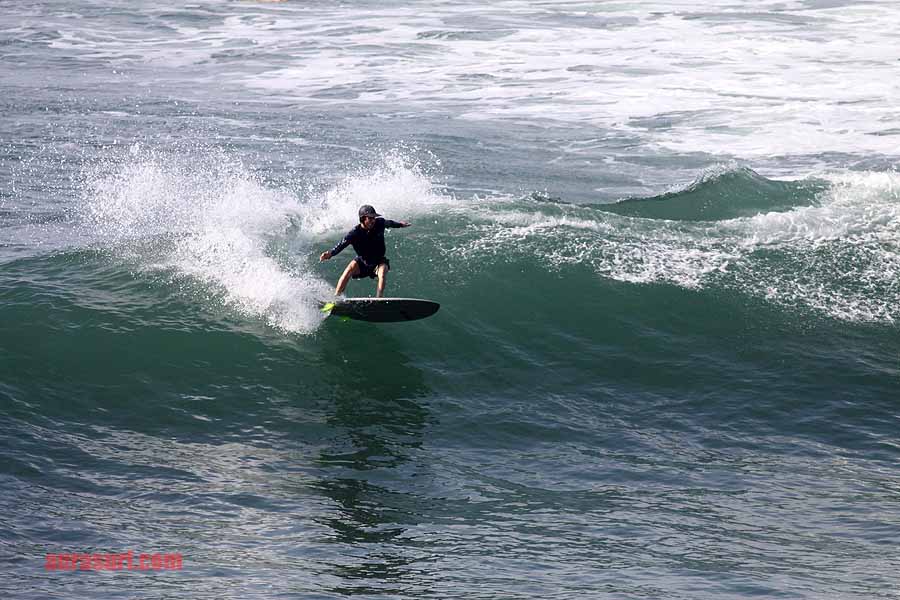 CT’ in El Sal for the first time- how fast can they run a contest? How long is the waiting period? Centro rules unless a tropical system is headed for Mainland Mex in which case the winds are going to be crap for the contest. Tab at Zonte by Rosey. 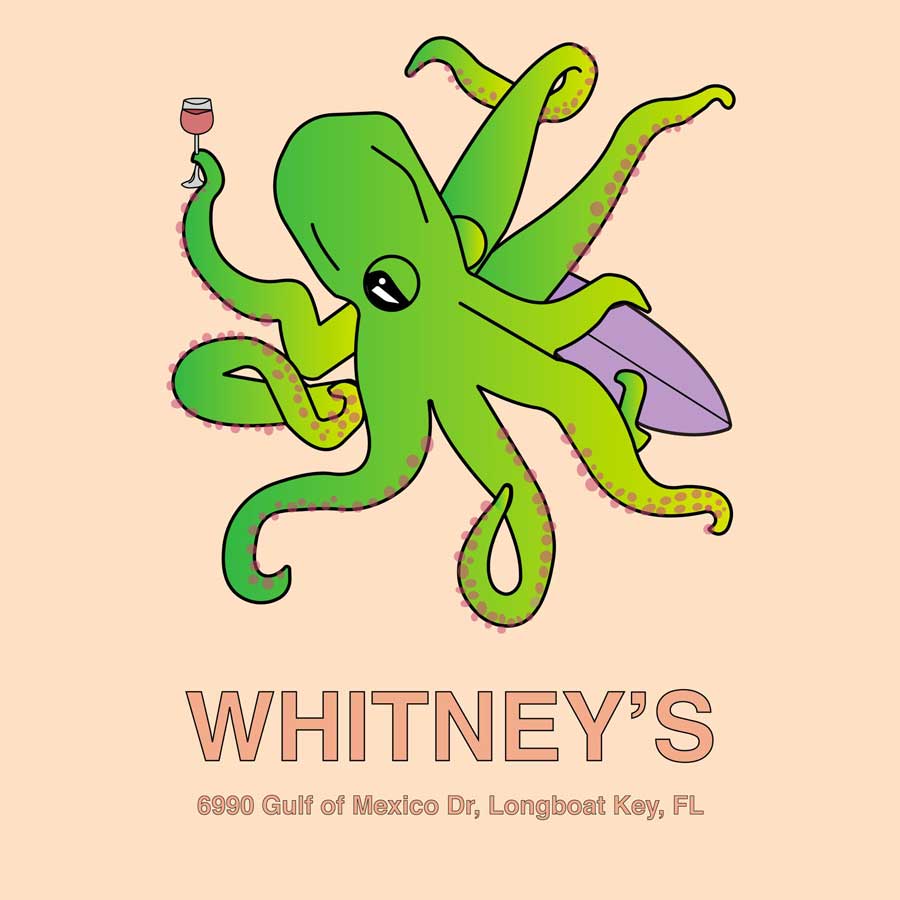 Tuesday Tropics Topics 7am WFL: More questions than answers on Tuesday am. Do you think it’s necessary to go back a week when we were all looking at the blob in the NW Caribe with baited breath wondering which model would get it right? “don’t know your past, don’t know your future” -Ziggy… Which model won? I would say the EURO… but why did only 1 or 2 surf spots get waves from PTC #1? Friday’s swell was from the Channel or Cayo Hueso or both? Talk about riding the rail- PTC 1 hugged Cuba until it jumped to Florida. It really was a disorganized piece of junk right? So the EURO won but with a tinge of the GFS as far as strength went. This is important why? BC patterns repeat themselves and this am the GFS shows the tropics firing up next week but the EURO keeps it pretty calm. What do you think? The Central American gyre is still there and the potential exists to spin up another storm but right now the Central Caribbean is filled wit dust and haze and hot, dry air which killed the blob back in May… In the meantime there may be a wave this weekend on the right time and tide. Both the GFS and the EURO have onshore flow stepping up on Friday, Saturday and Sunday so you may be able to find a log wave this weekend or fat fish, early guess is 15knt flow 3-4ftseas and 2ft onshore waves. Maybe target Saturday’s PM incoming tide if there is one I have not checked. 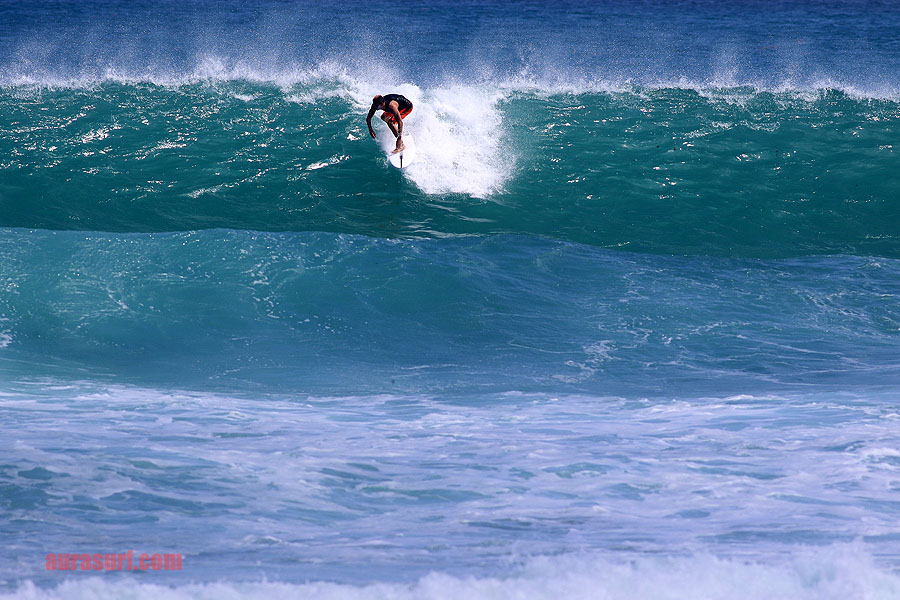 This was Teddy on exit when he lined up with a high. Common September scenario. Alex will not be like this but some waves for sure!

NW Caribe- flat as a lake this am, no waves from Alie yet but it’s on the way… This is truly last call I believe. Behind Alex the full on SE winds and no surf pattern will kick in for the Caribbean. We are supposed to get 3 days of swell starting Thursday. Alex lined up with a high on his way out and that put the fetch in the ocean. I’ll post some pics for sure… It is hot and hazy and dry here right now, we had months of good WX but that’s gone now.
Last Friday I took the day off and went surfing with my Friend from Lakeland who was down. Nothing epic but the coolest thing was we scored waist high surf at Middles and SS with nobody out. I got so sun burned from multiple sessions, gotta screen up this week.
Monday Meanderings 7am: Do you guys think I hyped PTC 1/Alex? I don’t think I did but IDK, I’m always stoked when you guys get waves esp this time of year. What I remember about being a kid this time of year was doing lawns with my mom in Seminole as a teenager in mid 90 heat and humidity and those little puff clouds taking up 10% of the sky, just praying they would grow and it would rain and the grass would not be so crispy and the heat would cool off. I did not even let myself dream of surf, this would have been like 1986, around that time… So I spent a lot of Junes in the flat heat so to have a chance at surf in June I get psyched… Apologies if you think I hyped it but I did say my confidence was low. Dude, from 1100 miles away it looked fun but only at a very few spots… Forecast for this week: A 1ft southy will be around Wednesday due to a tiny little disturbance moving from the Keys. This weekend the summer’s first trough looks to sink in and onshore wind waves may be on the way. Both the GFS and the EURO have onshore flow stepping up on Saturday and Sunday so you may be able to find a log wave this weekend early guess is 15knt flow 3-4ftseas and 2ft onshore waves by Saturday PM check back tomorrow as we try and dial it in a little better.
A couple reasons for the 1986 June story above: 1 Even though I was miserable at the time, thinking back the 80’s were pretty cool- sick surf/skate culture and great music. What’s a little nostalgia for Monday morning. 1st Peak SI was still a mirage of a perfect wave in a barren wilderness but it was forbidden fruit for non locals. More on that later… 2. It’s not near as bad but the Caribbean is in a full on heat wave/drought right now which is rare. We had a rainy spring but it’s hot and hazy and the plants are desperate for water down here right now and no end in site so it reminded me of that bc it’s the same time of year… Have a great day. NW PR way below… 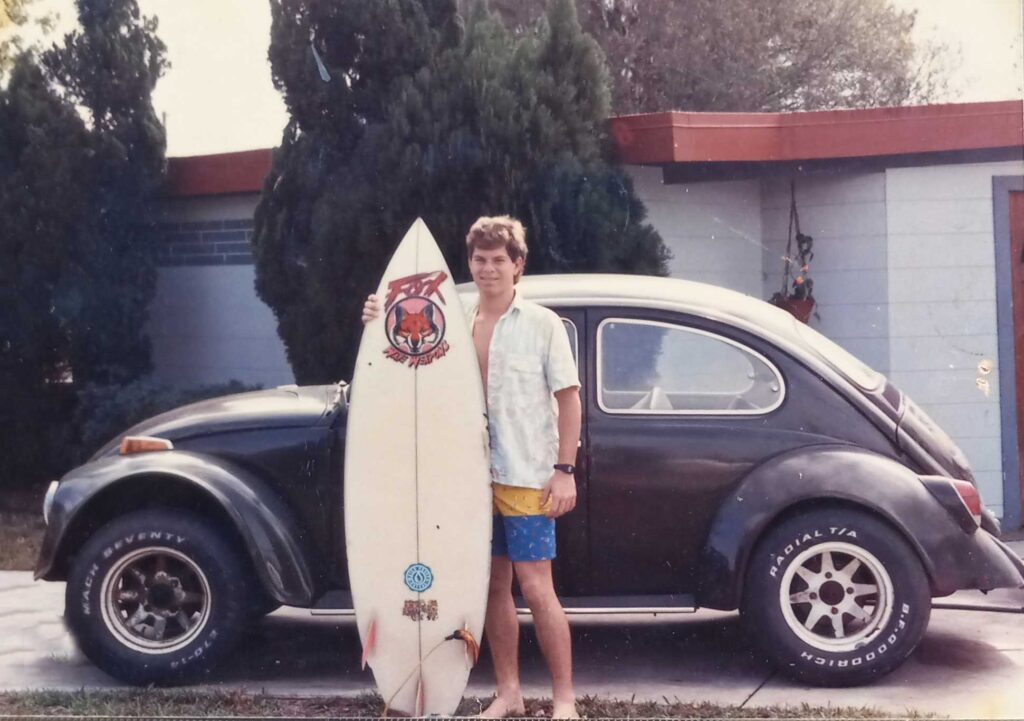 Caribbean Blogger: Could you surf this storm in Florida and PR? Yes it’s looking to lineup good and we are expecting waves from the storm later next week. C’mon down no COVID restrictions! info@aurasurf.com 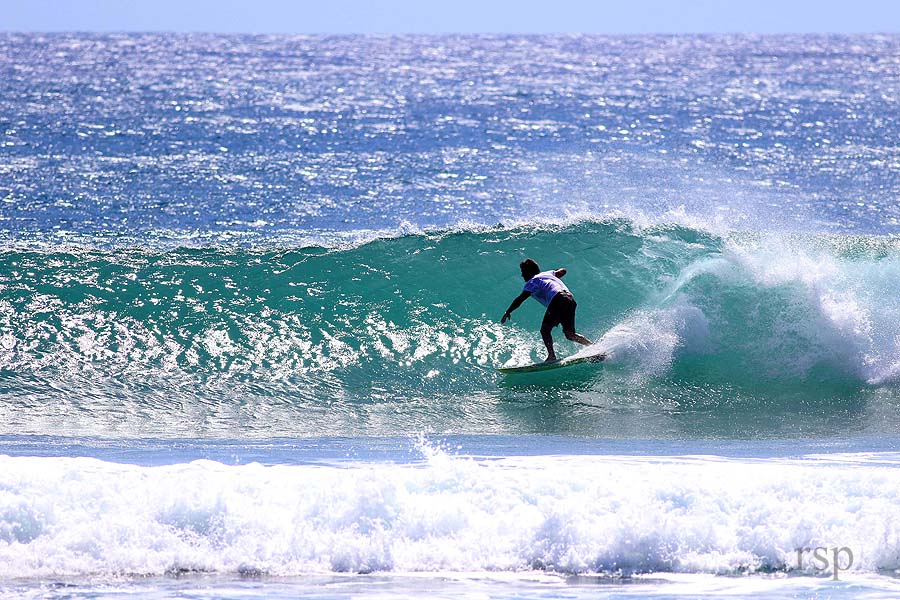 Hoping for some fun waves in PR! 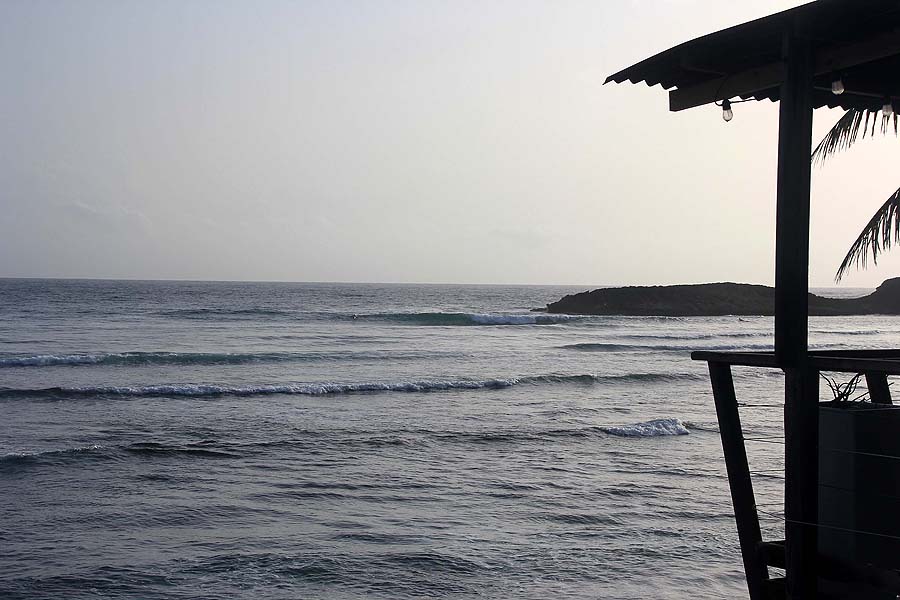 Jobos… It’s really not that bad 🙂 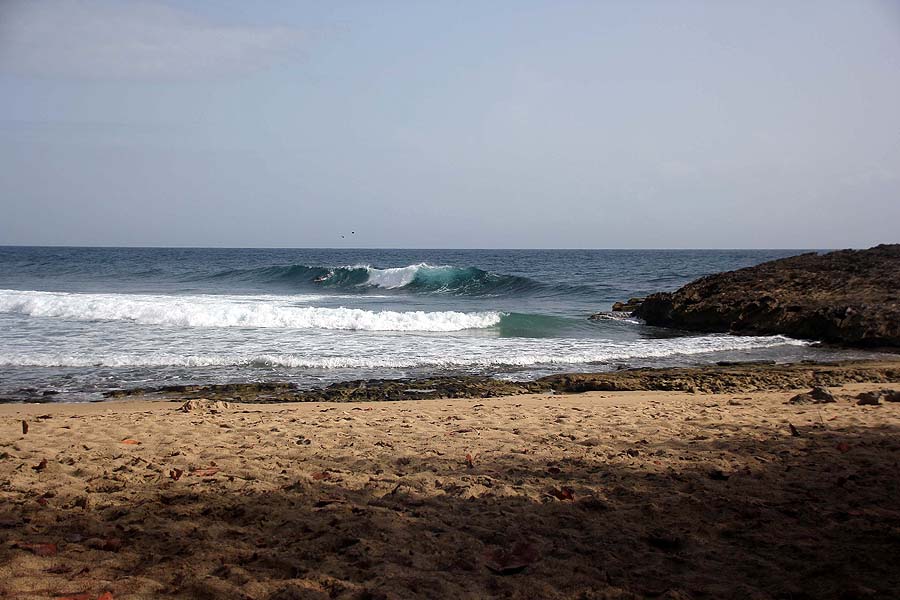 The Jobos report: After I bad mouthed Jobos last week for being the worst crowd in Puerto Rico, I felt obligated to go check it out seeing as I had not surfed there in a year… The swell was ENE 5ft at 9 seconds and 10knt winds so I drove an hour to get up there. I forced myself to paddle out at 7am and there were already 10-12 people out. The crowd was exactly what I thought it was- some middle aged guys and some girls and some kids. Out of the dozen people only about 3 could surf, the rest were beginners. The crowd was not hostile this time at all. I tried not to make eye contact with anyone, the place vibes me out but this morning it was peaceful. I even caught some fun waves… Strategy: I watch the Jobos cam every day in the summer and I noticed that the inside waves go unridden. The wave lumps up and gets steep on the inside reef. So these beginners and guys were sitting on the outside peak, a nice chest high set comes and a girl on a LB paddles and misses it and I’m next in line, I took off and it just fired down the inside reef. I got a couple turns and paddled in. Even though I could have stayed out I like SS better, SS reminds me of SI 🙂 Sure enough SS was really good. I paddled out and surfed the 1st 10 minutes by myself before a few learners and 1 local ripper joined me making it 5 of us, not bad at all for good surf. Strategy: Let the local ripper go first, the sets were at least 2-3 waves, even let the beginners go. Try and sit off to the side and don’t be a wave hog and then when it’s time move into the peak then try and catch the medium size waves that jack on the reef, those are the waves with the best line… This guy Ike was filming on the beach and he called me over and below is a short video I made of all of my rides that he got, super cool. I was so stoked to score good waves and get some high quality vid. So in conclusion Jobos is doable, you may get hassled and you may not. There are other fun waves in the area also. I so wanted to go to Centro this summer but it has not worked out so far but I will take 5ft@9 any day up there! Going to leave the surf story and video up for a bit… 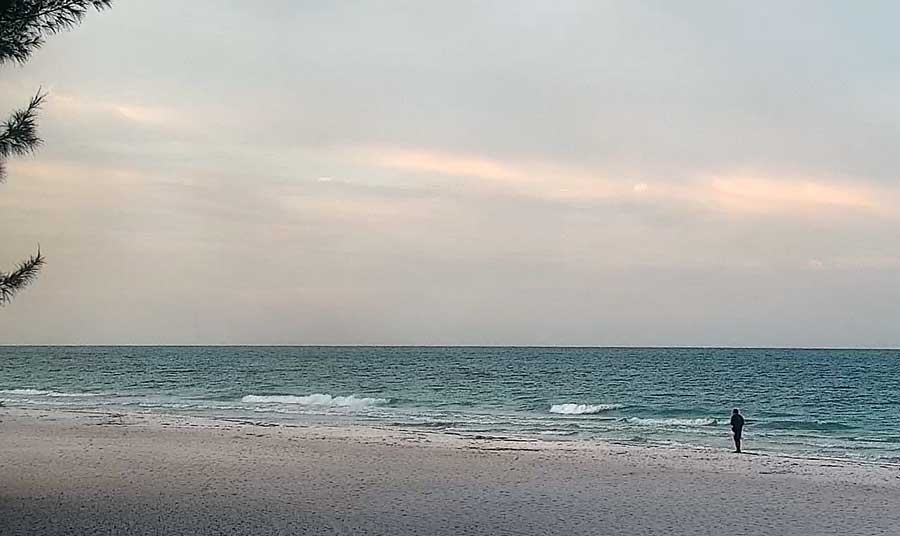 Tuesday 7am still a small south swell but tiny, maybe 1ft at 8seconds. What happened to the Egmont buoy 098? Anybody know?