Thursday 7am DP: The buoy is 1-2ft at 7-8seconds from the west. On the cams, the very best spots look knee high. St Pete looks 1ft, less than knee high. Desperate longboard wave may be found at the best sand bars.
New forecast and surf review below. 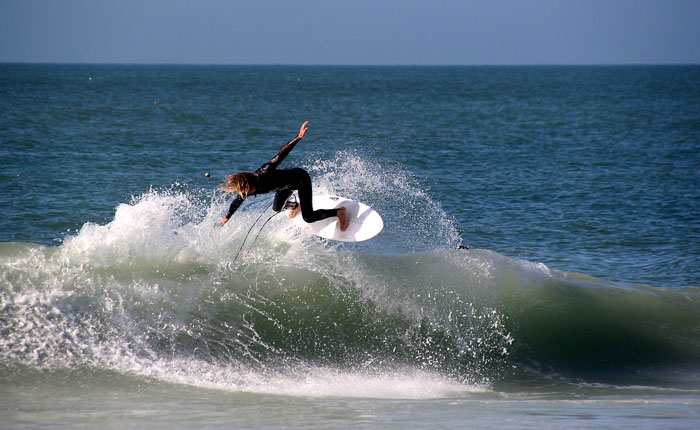 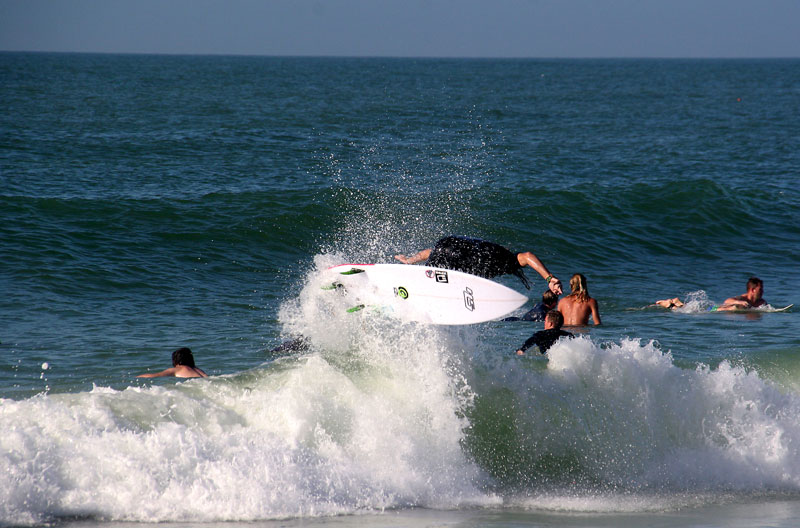 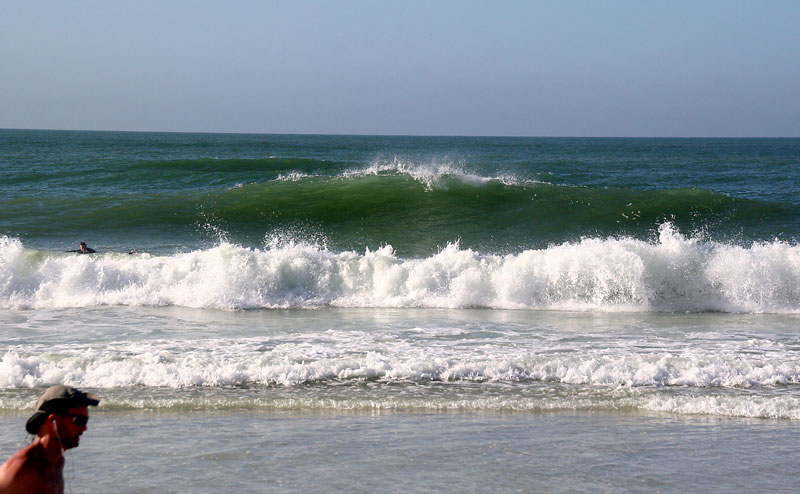 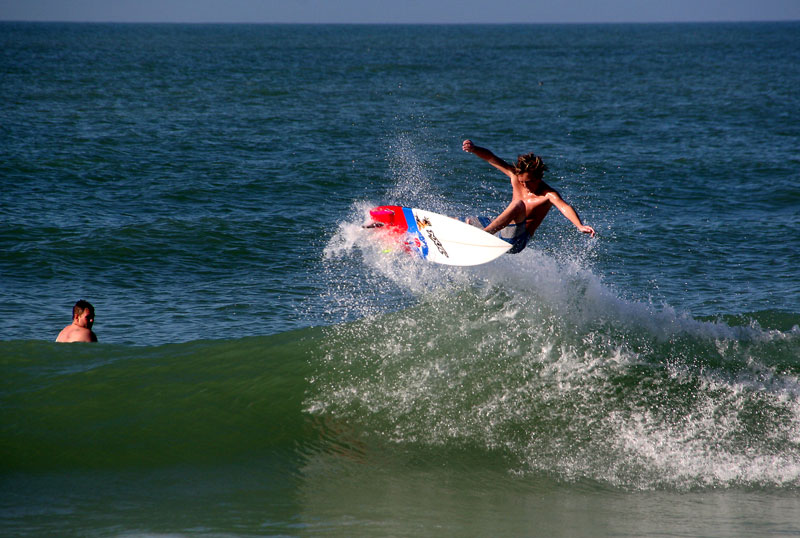 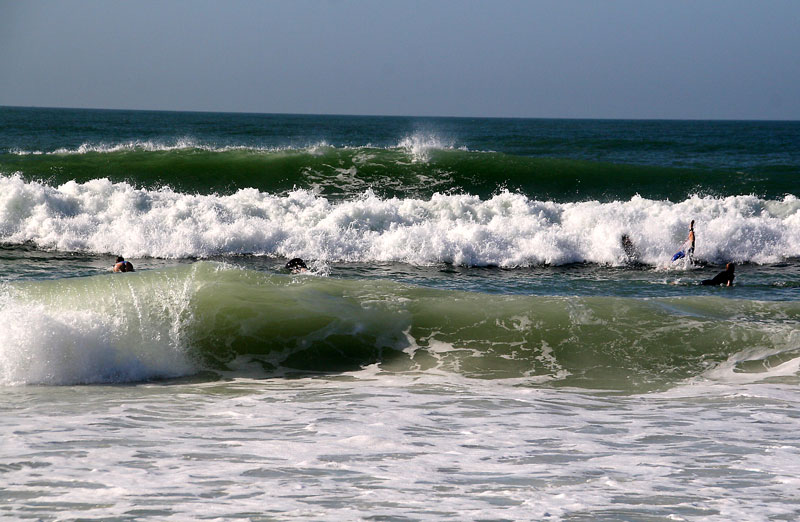 Thanks TC for the great photos! 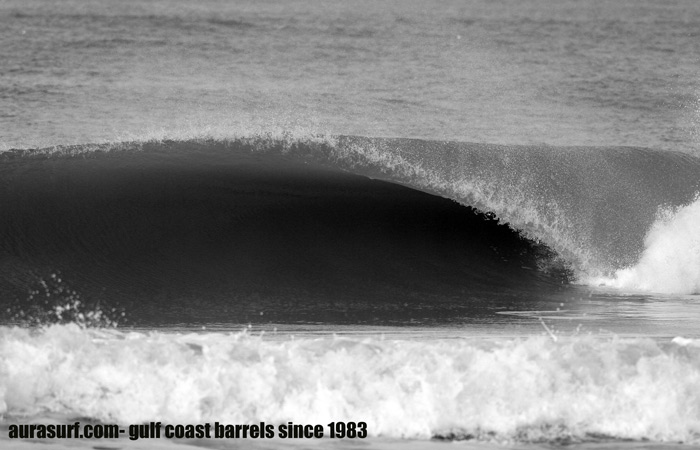 Thursday 7:30am WFL Surf Review Have you ever been standing on the beach in a hard Eastwind thinking ‘man, Texas must be getting some good waves with this wind’? Well, the opposite just happened. Guys are standing on the beach in Texas going ‘wow, Florida must be getting some good waves’. That was a very intense low pressure. It’s in just the right spot for just the right amount of time. The wind was not 15 to 20, it was not 20 to 30, it was 30 to 40! That was the reason why we saw 11 and 12 second period swell. The distance? From all the way over on the other side of the gulf. I don’t even think it came from Louisiana too much. More of a pure Texas swell. This happens every once in awhile. It was always something I lived for on the gulf. If that low pressure had come towards the East Coast say crossing I-10 towards Jacksonville, West Florida would have had victory at sea and really windy, choppy, nasty conditions. Instead the low-pressure headed straight north to Michigan and left a weak front in the middle of the gulf so besides some stupid South winds at some of the beaches the conditions were just fine.

This wave is sick by any standards anywhere in the world. Thanks to JB for the shot from venicejetty.com.

This picture of the jetty in Venice shows a pretty solid firing, A frame, deep-water wave. That’s because outside of the certain beaches down south the water is a little bit deeper and allows more swell to impact those beaches. Beaches with either ‘re-nourished’ sand bars, bad sand bars, too shallow sandbars might be good on a north wind wave but they don’t get the deep water energy that the best sand bars would have with deeper water outside and then shallow curve bank on the inside to make the wave push up into a peak so it doesn’t close out. It seemed like Venice was the spot with the most crowds although everybody had a good time, good vibes, heard a lot of positive things. With a South-wind your pretty much forced to surf with blockage, close to a jetty but when the wind is straight off shore, all the best sandbars could light up. Then you can surf by yourself if you’d like.

Thanks for blowing up the site the last few days and thanks to everyone who donated. Check your paypal email for a personal thank you note. You guys rock, I hope you got barreled somewhere. The comments are on, come in and claim it!
WFL Surf Forecast for Thursday: Maybe a knee high wave at the best spots on Thursday but it will be mostly small south wind-swell. Friday looks flat. Saturday, the best cold front spots should have a clean knee to thigh N line as gusty NNE winds are forecast to blow all Friday night. It will be small and clean but should be ridable on Saturday esp on the incoming tide at the best N swell spots. Monday, another cold front will slide by on the heels of a FL EC low pressure heading out into the ATL. Expect more knee to thigh high N lines on Monday.

Costa Rica has been a favorite destination for surfers for decades. Easy access to perfect surf, friendly locals, natural beauty and amazing tropical wildlife are all easily available. Uvita is one of the up and coming areas in SW Costa Rica. It is desirable due to it’s close proximity to the consistent waves of Playa Dominical and it’s an easy striking distance to Pavones, one of the world’s longest, funnest lefts. Casa Uvita features comfort in new construction minutes from the surf breaks of Dominical with an awesome view of the whales tale. Check into Casa Uvita for your next Costa Rica surf trip. Click the Casa Uvita image for VRBO and contact info.